Researchers at the University of Basel in Switzerland have published a study in the Journal of Clinical Sports Medicine that says the health and fitness benefits from Riding an electric bike power-assisted motorcycle are comparable to those of riding a traditional bicycle , especially for overweight people or those who are sedentary .

According to a July 29 report on the Spanish newspaper Abbessay, the study was on the topic of “cycling to work,” a campaign that has been underway in Switzerland for 10 years, calling for people to spend one month a year riding a bicycle or power-assisted motorcycle to work, with nearly 65,000 cyclists participating in the campaign in 2018.

A team of researchers from the Department of Sport, Exercise and Health at the University of Basel compared the intensity of exercise on a power-assisted motorcycle with that of a traditional bicycle, according to the report. They concluded that training with a power-assisted motorcycle is no less effective than a regular bicycle. In addition, the health benefits of the two were comparable. The researchers found that even a relatively short training period of only 4 weeks could improve people’s cardiorespiratory fitness.

To conduct the study, researchers recruited about 30 sedentary, overweight people with a body mass index of 28-29. Before taking the test, the volunteers underwent a thorough examination, and oxygen uptake capacity was considered a decisive criterion for assessing cardiorespiratory fitness.

Volunteers spent at least three days per week cycling 6 km. Half of the personnel rode bicycles and half rode power-assisted motorcycles, and there was no limit to the speed or intensity of cycling. Some test subjects carried heart monitors and GPS devices.
best electric bike
One month later, the volunteers were medically examined again, and after testing their oxygen uptake capacity, the researchers found similar improvements in physical condition in both groups. In addition, after four weeks of training, heart work efficiency improved. “If this effect can be maintained in the long term, the risk of clinical death from cardiovascular disease will be reduced”, said Arno Schmidt-Trucksers, professor of sports medicine at the University of Basel, who was responsible for the testing of the research results.
On the other hand the study showed that volunteers in the power-assisted e-bike group rode at a faster average speed and had greater daily physical benefits. “This suggests that e-bikes can improve people’s motivation and help overweight people and older adults get regular physical activity.”

In recent years, more and more young people are now choosing e-bikes as a means of transport for the “last mile” as people become more aware of environmental mobility. In Europe, the most common type of electric bicycle is Electric-assist bicycles, which can be simply understood as a bicycle + Power Assist System (PAS), the core of an electric-assist bicycle.

This is a battery as the main energy source of light transportation, is the need for human power to help drive, and electric is to speed up. Many people who ride electric-assisted bikes regularly today believe that it is a great form of exercise.

A new study shows that people’s use of electric-assisted vehicles can lead to increased or decreased physical activity, depending on the alternative mode of transportation. The simple fact is that electric-assist bike riders are more physically active than bicyclists. The authors of the study attribute this primarily to the fact that electric-assist bikes are legal electric vehicles in Europe and require human power to ride and drive, and that people on electric-assist bikes will be willing to run longer distances and spend more time riding than people on regular bikes.
If you are interested in motorized bike and want to know more, you could browse previous articles or visit our Official Website, also choose to leave your message below. If you are interested in electric bike, you can contact us. www.zhsydz.com
Please leave a message

Next: How to properly maintain the electric bike chain 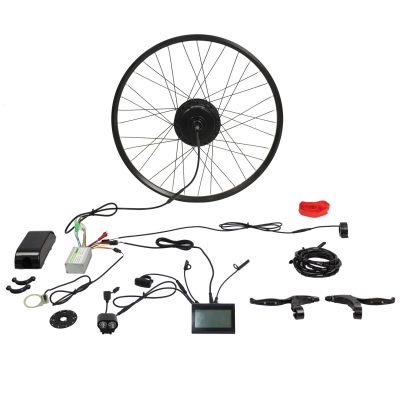