What are the new changes in electric bicycle motors?

With the continued development of the electric bicycle trend, the advancement of motor technology is clearly the next step. As more road and mountain bikes become “electrified,” brands want to increase power without adding a lot of weight or taking up a lot of frame space. This is especially important for full suspension mountain bikes, because a smaller motor leaves more space for suspension, better tire clearance and fewer geometric compromises. A lighter motor brings a more natural riding feel. For

example, Shimano’s new EP8 motor is 10% smaller and 380 grams lighter than the E8000 it replaces, but it produces a 21% increase in torque (maximum 85Nm vs. 70Nm). This trend is not only applicable to mid-drive motors. The Mahle X35 hub motor in Argon 18 Subito is only 100 mm in diameter and weighs approximately 1,900 grams. Bosch’s latest Performance Line CX motor provides 85Nm of torque and eMTB mode, which can automatically respond to the rider’s effort and terrain without the rider switching between modes. The MicroTune function on the Turbo Full Power 2.2 motor of Specialized Turbo Levo allows the rider to adjust the power in 10% increments. 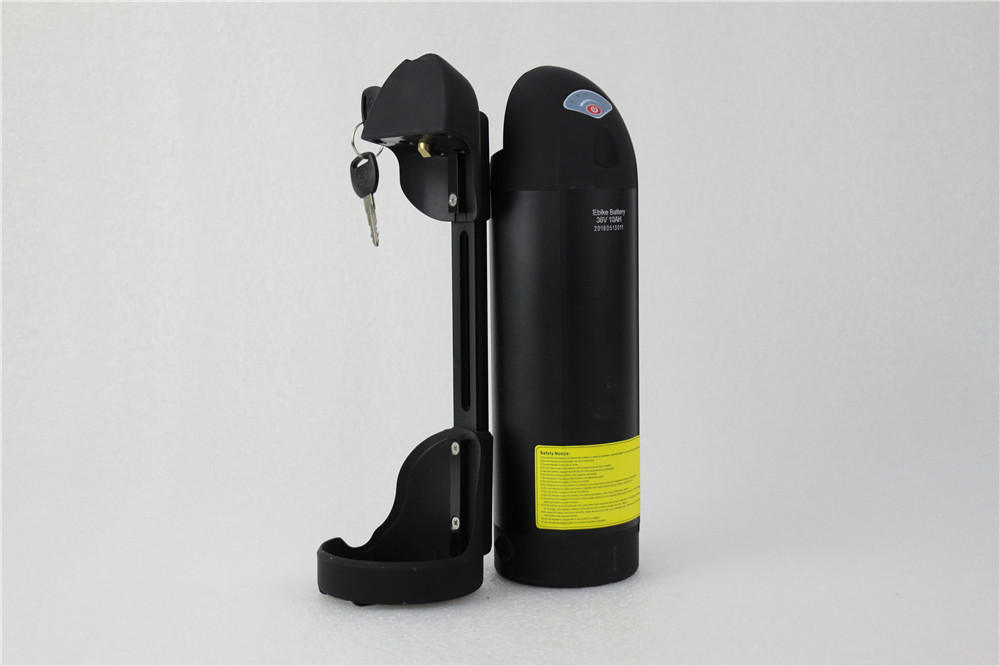 For many bicycles, battery life is more important than total power (because they are very powerful). You want a bike that can provide a long enough riding distance at the power level you want. Most electric bicycles have three to five levels of assistance, which can range from 25% to 200% of your pedal power. Consider the speed of battery charging, especially if you are going to use a bicycle for long commutes. Remember, if you are not satisfied with anything other than turbocharging, you will get the least mileage (but the most fun!) your battery provides. Many bicycles now also offer the option of carrying a second battery to double your range, or, for the electric bike company Model X, three batteries (one in the rear rack and two in the front basket, for a maximum of 200 miles) Scope).
Other features to consider

As the selection of electric bikes continues to expand, brands are integrating batteries more seamlessly, which makes the bike look more stylish (more like a real bike). Most batteries are locked on the bike and come with a key that allows you to unlock and remove it. This has at least four benefits: you can remove the battery and charge it from the bike, and the locked battery can block (and hopefully To prevent thieves from stealing it, and the electric bicycle with the battery removed is safer when towed on the bike rack, and lighter when going up the steps.

Since electric bicycles can maintain higher speeds for a longer period of time than standard bicycles, you need additional control. Wider tires provide better traction and freedom to leave the sidewalk with almost no penalty, and the suspension fork will help tame some of the rough roads you might explore. Good disc brakes are also essential for slowing down heavy bikes at high speeds. This is not a place to be stingy.

Some electric bicycles are equipped with an integrated lighting system that turns on when you power up the bicycle. Although this is a great feature, if your bike is not equipped in this way, this is not a deal breaker. There are so many great bicycle lights, and it’s easy to install your own lights. Same as the rear rack: some electric bikes come with one, some don’t. You decide how important this feature is to you.

Our team of experienced testers integrates all types of electric bicycles into our daily work almost every day. We have spent hours and miles using electric bicycles for their intended purpose. We commute for them to and from get off work, use them to store groceries and beer, test their passenger capacity, let them ride on problematic terrain, see how they are handled, and let their batteries run out to be formal See how long they will last for the last charge. We evaluated their performance, price, comfort, handling, value, reliability, fun, aesthetics and overall electronic factors to come up with this list of bicycles, which can best satisfy anyone who wants to add a little pedal assistance to them. Demand.

Sleeper cars for urban and commuter electric bikes. Similar to the Volvo V70 R station wagon, practical, low-key, but also very impactful. The outline is the same as many other commuter style bicycles on the market: upright geometry, full fenders, rear luggage racks, brackets and soft graphics. Until you jump on the bike and gently depress the accelerator, it outputs 500 watts of continuous power and 750 watts of peak power. The motor is powered by a 500-watt-hour lithium-ion rechargeable battery, which is cleanly installed in the down tube of the bicycle 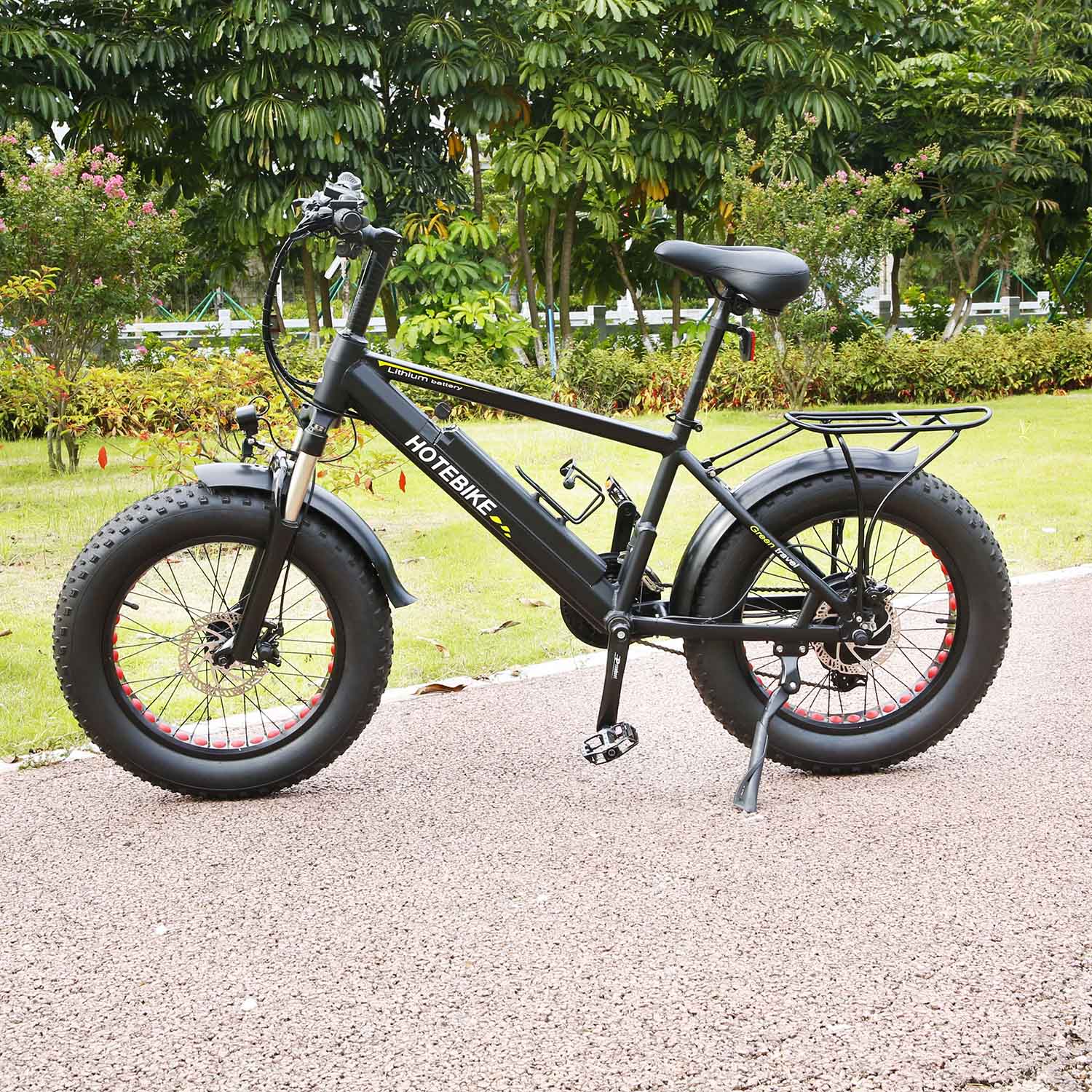 Bike Computer Types
Bike computers have changed a lot over the years and have developed many new functions and alongside these functions, new types of bike computer have been made. These types differ in regards to connectivity, being analog or digital, having GPS or not, and other aspects.So, let’s take a look at the types and what they do so you can have a better understanding of which bike computer is going to best suit you.

Analog Bike Computers
An analog computer uses analog hands to indicate speed, ascent, distance and time ridden. It doesn’t blink or beep like the more digital models, but it does collect accurate GPS data that you can analyze after your ride.
Analog computers are something of a niche in the market and you’ll have to actively seek them out if you want one. this is due to them being quite expensive, bulky, and less functional than their digital counterparts. They’re very basic and not as easy to use but that doesn’t make them obsolete.

Wired and Wireless Bike Computers
Basic wired or wireless cycle computers are the most popular cycle computers and you’ll see them being used by all kinds of cyclistsThey’re normally very compact and have a low profile, so they don’t affect the aesthetics of a bicycle too much. Some collect more types of ride data than others but you can easily find one at around the $50 price range.Basic functions that you can expect to get if you buy one of these cycling computers are speed, average speed, max speed, distance, time, and an odometer. Some advanced models, however, also show cadence and an estimate of calories you’ve burned.
As the name suggests, wired cycling computers use wires to connect the main unit to the sensors, whereas wireless bike computers do not have any wiring. If you have a wired bike computer and need help setting it up then check out our article on how to install a bike computer.

GPS Enabled Bike Computers
This is probably the best bike computer type you can get. But, the GPS and ANT+ enabled cycling computers are normally found in the upper echelons of the cycling computer price range and are intended for cycling enthusiasts and pro riders.The GPS receiver can be used to track your route, but you can also download it to another device and use apps like Strava to compare your time to other riders for a bit of healthy competition. On top of that, you can create routes on your computer and then upload them to your bike computer making GPS computers the best cycling computer for planning road adventures and trips.

Alternatives To A Bike Computer
Smartphones
Of course, you don’t necessarily even need a bike computer to track your data. A smartphone to track cycling data is the preferred way of doing it for many cyclists. And, it certainly has its perks but as with anything, there are also drawbacks.
The main advantage is that nearly everyone owns a smartphone already and many of the best fitness apps, like the aforementioned , are free to use. However, to put it on your bike you need to buy a bike mount, and you also need a waterproof casing to protect it from the rain. If you’re torn between a smartphone or a cycling computer then check out our article: Phone Vs. Bike Computer: Which Should You Use?
Fitness Tracker
A lot of GPS-enabled fitness trackers have a cycling mode that offers performance feedback and navigation aid. If you enjoy many activities and tracking your progress, this is a great alternative. It’ll already be on your wrist, too, so no additional handlebar mount is required.

Bike Computer Brands
Garmin
Garmin is an American tech company that was founded in 1989 and was formerly known as ‘ProNav’. The company specializes in GPS technology and wearable technology, such as fitness trackers and smartwatches.
When it comes to a Garmin bike computer though, they specialize in high-end and high-tech models that support both GPS and ANT+. Most of their models are expensive and high-quality, so they are the preferred brand of most pro cyclists.
The Garmin Edge 1030 and the Edge 820 are the top models that most performance-oriented cyclists go for. These models will set you back a couple of hundred dollars though, so they are one of the most expensive models on the market. However, this is because of the abundance of features such as detailed navigation, usual training data, have USB and Bluetooth connectivity, ANT+ compatibility, and a lot more.
Cateye
CatEye is a Japanese company founded in 1954 that specializes in the manufacturing of bike computers, reflectors, lights, and other cycling accessories.
Regarding cycling computers, it manufactures low-end, mid-range, as well as high-end models. It offers both wired and wireless computers, as well as smart computers that you can link to your smartphones. Some of the most popular models that it produces are CatEye Velo, Enduro, and Strada.
Wahoo
Wahoo Fitness is the ‘new kid on the block’ when it comes to bike computer companies. Founded in 2010, it’s the official indoor trainer of Team Sky and athletes such as Chris Froome use their KICKR trainer for indoor training.
Their most popular model of Wahoo bike computers is probably the Wahoo Elemnt and its successor the Elemnt Bolt. Both models are intended for the smartphone generation and include an integrated workout but the price will probably make you wince at a whopping $300.
Sigma
Sigma is a German manufacturer of electric sports equipment, founded in 1981. It specializes in the production of heart rate monitors, sports lighting, and of course, some of the best cycling computers.
Sigma produces a wide range of bike computers. Starting from cheap and simple wired models to more sophisticated wireless ones with a ton of cool features.

Prev: Can I True a Wheel Myself